The Importance of Surrounding your Business with the Right Experts

For stud beef breeders John and Helen Hammond of Ohakune, PBB is an integral part of their business.

Having been in the stud beef industry for about 30 years the couple are well versed in the intricacies of stud beef breeding - establishing the Ruaview Simmental Stud 30 years ago and the Ruaview Angus Stud 12 years ago - and they say PBB has been a big part of their business for a long time.

The Hammonds are third generation on their family farm which has not only diversified with two beef breeds but also includes a dairy platform that son Mike is 50:50 sharemilking on, making him fourth generation on the property.

John and Helen were dairy farming originally but made the change to beef breeding in the 1980s under Rogernomics when their local dairy factory closed, leaving the Hammonds nowhere to sell their milk. Then succession planning for the family meant converting some of the property back to dairy became a reality when Mike returned home six years ago.

The home farm is 137ha (340 acres) run in conjunction with a lease block of 60ha (150 acres) located 3km up the road. Despite the proximity, John says both blocks are very different in topography. The home farm where the dairy platform is based along with the stud bulls and heifer replacements is flat while the lease block, which carries the stud cows and finishes any culled stock, is rolling to steep hill country.

“There’s quite a contrast,” he says.

Ohakune has average annual rainfall of 1450mms and there can be four or five snowfalls each winter - occasionally up to 20cm (8 inches) deep. 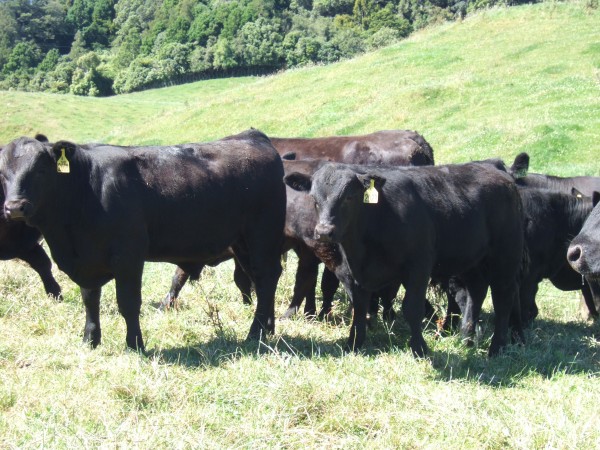 The stud Angus herd was added to the business as the numbers of other beef studs in the district dropped. The Hammonds had been part of a combined beef sale with their Simmental stud and as stud numbers in the area dropped it was becoming apparent that they’d either have to expand to host their own on-farm sale or sell bulls privately.

They knew the demand for Simmentals genetics was static in the region and opted to diversify with Angus. One of the reasons for choosing Angus was due to the market AngusPure offers commercial farmers.

With the two stud herds they have found PBB to be their one stop shop for everything from their performance recording to ear tags to DNA testing. 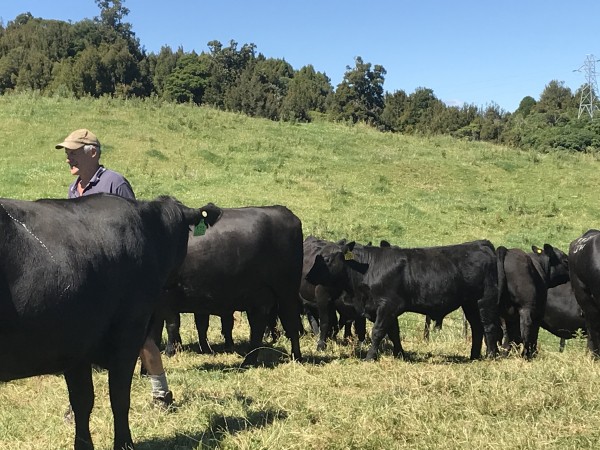 “They are all a wonderful team and so easy to work with - they solve or resolve problems easily.”

With 30 years in the stud industry, John and Helen have seen the transition from performance recording on paper to online data entry and now use HerdMaster 4.

“Being online means you can hook in any time and look anything up and the support from PBB is brilliant,” the couple agree.

“PBB are an integral part of our stud business,” says John.

The couple includes PBB as part of their team of experts in farming.

“We have a very good bank manager, accountant and lawyer, it’s important to have the right team around you, and PBB is very much part of that team for us.”

The Hammonds also use Pivot, PBBs graphic design team, where they can and say the Pivot team are very talented.

“They put our bulls online for us with photos and the only reason we don’t put our sale catalogue through them is because we have a local business we like to support, but we use Pivot whenever we can.”

He goes on to say they buy all their ear tags through PBB and all their DNA testing is handled by PBB as well. 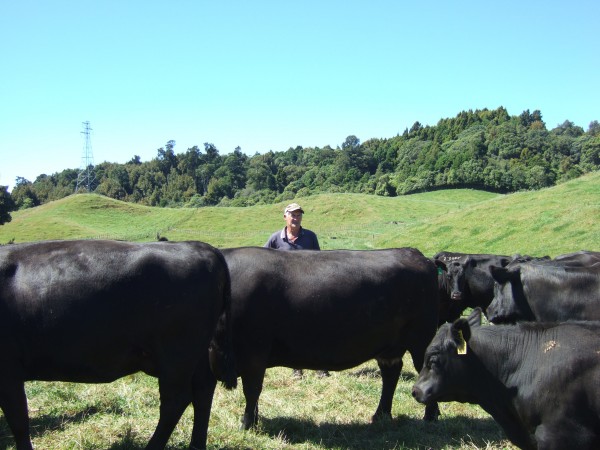 John said while he was reluctant to single anyone out, he’s particularly grateful for Megan Elletts’ expertise in HerdMaster, tags and DNA.

“We needed help with the tags when we started the Angus stud because ideally both studs tags should start at the same number - Megan knew how to set that up for us.”

He said they are all wonderful “but thank goodness for Megan.”

A Typical Year in the Ruaview Stud

Calving occurs in August/September after the stud cows return home from winter grazing.

The cows are grazed off because the lease block terrain makes feeding out difficult. This coupled with minimal winter growth means grazing away is a practical solution.

“We have very limited pasture growth through winter so they go away grazing mid-May and come back early August before calving.”

The couple say when the cows return home there is reasonable pasture cover to calve on and they can be topped up with some hay.

The cows are set-stocked in calving mobs but moved around so they calve in safe paddocks.

“They can’t all fit in the safe calving paddocks at once which is why pregnancy scanning and dates are very important to us.”

All calves are weighed at birth.

“We don’t target a particular birth weight but we want our calves to get up and get going. Calving ease for me is based on shape. The right shape is important - over and above anything else,” says John.

“The ultimate goal is a live cow and calf.”

Mating occurs in early November and John and Helen say they use AI extensively so they can incorporate preferred genetics.

“Up here we need cattle that are very robust and powerful with good body fat that can be maintained during cold winters.”

“If they’re not in calf after that, they are culled.”

“We are very specific when selecting our heifer replacements and genetics.”

It also forms the basis for the first cull.

“Anything that doesn’t have the right eye muscle shape, docility or fat depth goes.”

“We’re breeding cattle that the works don’t particularly want - we’re aiming for 12-16mm of fat depth.” That he says, provides a good covering for the harsh central plateau winters.

Weaning occurs in mid-April and John says they don’t target specific weaning weights but they do record all weaning weights. Everything is weighed, measured and docility scored along with being structurally assessed.

John is one of a few Beef Class structural assessors in NZ and he culls anything with extreme angles.

The culled weaners go to the lease block where they’re finished for local trade.

John structurally assesses all bulls he and Helen offer for sale.

“In the Beef Class system, a pastern angle of 7 or more should be culled.”

When it comes to EBVs the couple say they are aiming for a package without extremes.

They target animals with above average milk figures while docility needs to be well above breed average as well as maintaining the maternal cow weight.

John isn’t a fan of single trait selection saying the on-going effects of the practice are risky in any breed with consequences that can affect a herd for many years.

He also says animal selection and breeding choices should be made in conjunction with the local environment.

“In the dairy industry we are heavily consented and the environmental rules are being enforced - the sheep and beef industry is heading in a similar direction.”

“It’s so important to breed cattle for your environment, climate and soil type - it’s crucial.”

The Hammonds target market is the commercial cattleman in both their studs with most of their clients farming within a 100km radius of them, which means the bulls move extremely well.

“Our bulls are bred to sustain difficult conditions.”

The dairy component of the business milks 210 cows on 100ha with the goal of increasing numbers to about 250.

John says the Central Plateau is a great area to milk in, although it is not without its feed pinches with supplements fed out on the shoulders of the season.

Son Mike is 50:50 share milking and is responsible for all the management and breeding decisions.

AI is used heavily in the dairy herd with Samen NZ being the company they source genetics from.

“This year is the first year we are milking Simmental Friesian cross and it’s looking promising,” says John.

John says they have small numbers of the cross currently and the addition of the milking Simmentals is to add some additional robustness to the herd.

The whole herd is producing an average of 420kgMS/cow which is up on the NZ average of 340kgMS/cow.

Son Mike has been share-milking on the family farm for six years having worked off farm for many years before returning home.

“We’re very proud of what he’s achieved and we enjoyed taking on the challenge of the conversion with him.”