Rapidly-growing demand for genomics testing is behind the construction of a new facility able to run one million tests each year.

Tucked away at Bundamba on the outskirts of Brisbane, what will become Australia's largest genomics centre is taking shape.

The $11 million facility will allow Neogen Corporation to consolidate its operations after the US food, animal safety and genomics company entered the region five years ago.

Once complete, the new laboratories will enable the company to double its output.

"Neogen entered the market in Australia by acquiring the genomics testing lab from the University of Queensland in 2017 and the demand for genomic testing in the Australian, and even in the regional market, grew very rapidly," Mr Creasman said.

"So rapidly, in fact, that within six months of moving into the current facility, we realised that we were out of space." 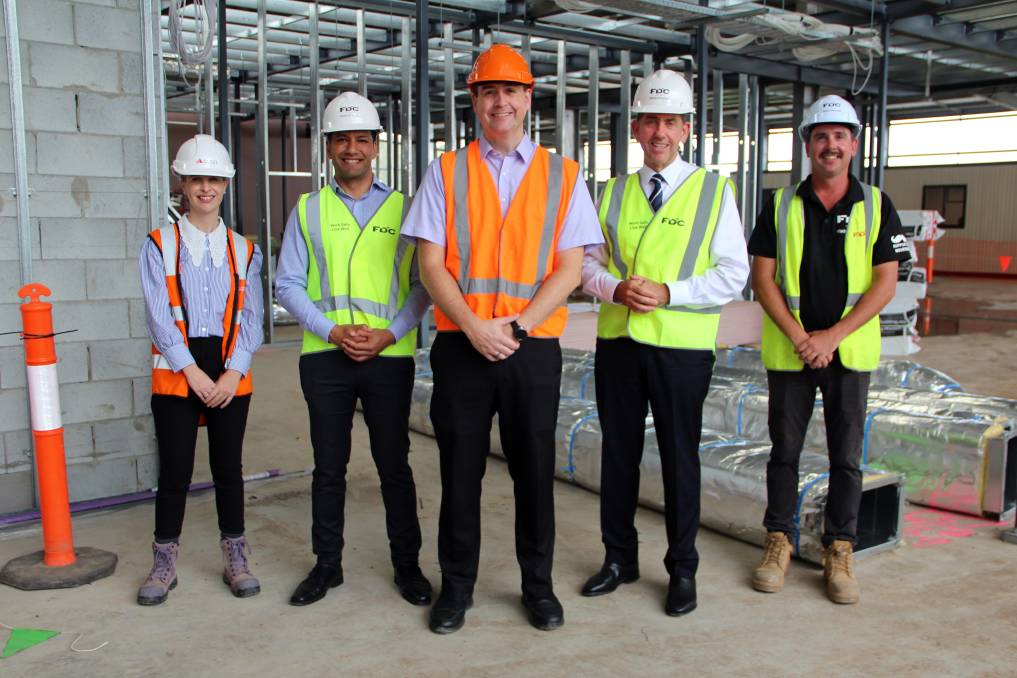 The new building will span in excess of 3000 square metres and solar panels will be built over the car park to reduce the site's carbon footprint.

It will triple Neogen's laboratory and office spaces, while the warehouse will be increased fourfold.

The project has received an injection of capital from the state government's Advance Queensland Industry Attraction Fund.

Queensland Treasurer and Trade and Investment Minister Cameron Dick said the government was providing a pathway for Neogen to not only expand in the short-term but to make Queensland its home.

"This is a critically-important investment, not just into scientific testing in Queensland but also to support our primary producers," Mr Dick said.

"We'll have the biggest animal genomics laboratory in Australia, right here in Queensland.

"I think this is an important investment by our government at multiple levels to support the diversification of our economy, high-quality, high-level technical testing and also support primary production."

These tests have to be stored in a climate-controlled environment and a third of the new site's floorspace will be dedicated to this with a warehouse.

The other two-thirds of the building will be dedicated to genomics.

"Producers around the world have to be able to do more with less.

"Genomics is the perfect tool to do that because most of what we produce results for are production traits."

Igenity offers insight into the genetic performance of commercial herds